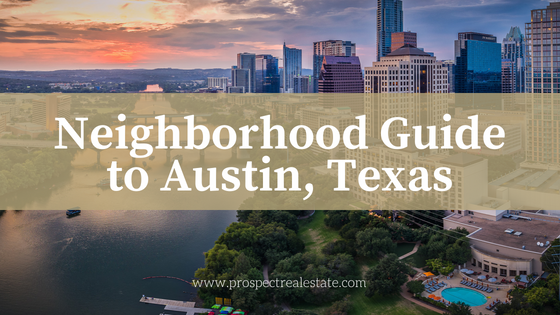 Austin is a big, quirky Texas city with a variety of things to do and places to see. Each neighborhood has its own unique personality, such as the laid-back vibe of South Lamar and the outdoors-friendly Tarrytown. Keep reading to learn more about some of the neighborhoods the city has to offer. Downtown Austin Downtown Austin is the central business district, and it has a variety of restaurants, museums and theaters all within a small vicinity. The city has a public transportation system that makes it easy to get around. The average rent hovers around $2,500, and the average listing price is about $730,000. Some of the most popular attractions include the Museum of Art, the Mexic-Arte Museum and the smoked dishes at Stubb’s BBQ. This are also hosts the annual South by Southwest festival that includes more than 2,000 performances over a four-day period. Visitors should also make time to see the Mexican Free-Tailed Bats take flight from under the Congress Avenue Bridge. North Central North Central Austin is very family-centric area, with neighborhoods such as Crestview and Hyde Park. The Metro serves Crestview, and it borders Burnet Road, which has many of the popular restaurants along the main drag. Hyde Park borders the University of Texas campus, and it has many Victorian homes and artistic outlets. The average home price in Crestview is about $420,000, and the average price in Hyde Park is slightly higher, at $460,000. Visitors should make a stop at Mother’s Cafe for one of the best veggie burgers in town, or try one of the 78 beers on tap at Draught House. Another popular attraction is the Hyde Park Theatre. The theater displays a variety of local talent, and upcoming performances include “The Antipodes” by playwright Annie Baker. South Central South Central is known for being the center of Austin’s counterculture crowd. Both South Congress, known as SoCo, and South Lamar, known as SoLa, are the hot neighborhoods in this area. The main strip in SoCo has a series of restaurants and organic markets. There are also several street performers on any given day either doing magic tricks or miming. Some places to try include the street Japanese food at Lucky Robot, and the tacos at Gueros. The average home price in SoCo is about $526,000. South Lamar has several music venues that feature local performers, such as The Saxon Pub and One-2-One Bar. There’s also Zilker Park, which has a botanical garden and the Barton Springs Pool. Visitors can rent a kayak and paddle down Lady Bird Lake for great views of downtown Austin. During the summer, the park hosts the annual Austin City Limits music festival. Expect to see the average listing prices for homes in SoLa around $430,000. Head a little further into South Austin for neighborhoods such as Circle C. Circle C is a large, master-planned neighborhood with a short commute to downtown and several parks. Expect to see kids riding their bikes and people walking their dogs on a daily basis. This neighborhood is close to the Veloway, which is a 3-mile paved skateboard and bicycle track. The median listing price in this area is $450,000. East Austin Mueller Park is a neighborhood in East Austin that has been through a lot of change over the years. What used to be the site of the city’s airport is now a walkable area with townhomes and single-family housing. Parents can take their young kids to the nearby  Thinkery Children’s Museum. This museum focuses on science and math, and it has several interactive exhibits. Visitors can also try local flavors at the Hope Farmers’ Market. Expect to find homes with an average listing price of $600,000. West Austin West Austin is home to Tarrytown, where many people from the city head to for outdoor adventures. This affluent neighborhood has Red Bud Isle, which is a park for four-legged friends. There’s also Lake Austin, where people can go and fish bass or take their boats out. Other things to do in Tarrytown include riding the Austin Steam Train. This train offers storytelling rides for kids or a murder mystery ride for adults. As for dining, try Enchiladas Y Mas or the European dishes at Fabi and Rosi. The average listing price in this area is $800,000. To find out more about housing availability in some of Austin's most popular neighborhoods, give us a call at 512-515-9991.
share Share
arrow_back24th Street Investments is Rebranding!
Return to Blog Index
Join us for the Grand Opening of the EastGate S...arrow_forward