How To Navigate Austin Traffic 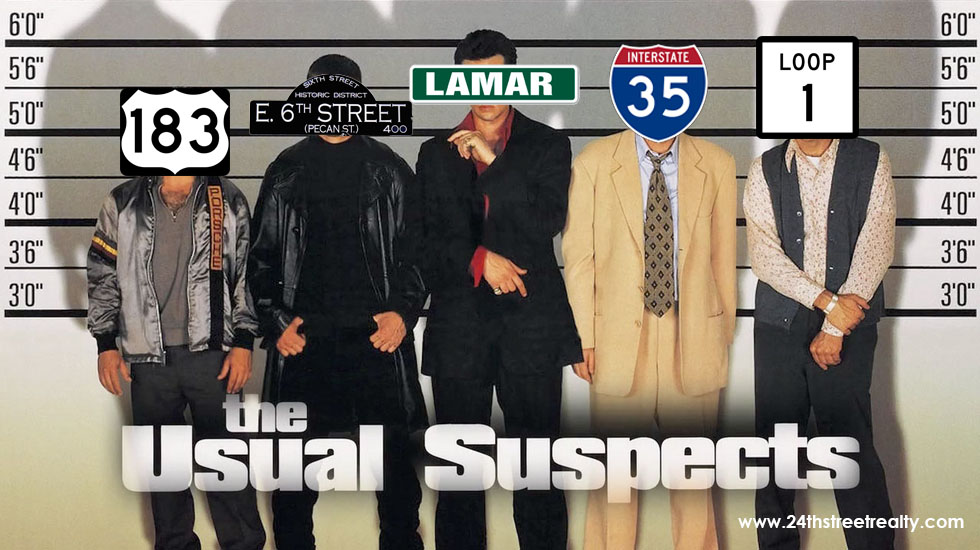 “The greatest trick the Devil ever pulled…was convincing the world that Austin traffic is manageable.” Let's get straight to the point: Austin traffic has a bad reputation. A reputation it deserves. According to multiple studies, Austin has some of the worst traffic, not only in the nation, but in the entire western hemisphere. In a town that gathers national accolades on a weekly basis, this is the one dark mark on an otherwise unblemished reputation. But not to worry, with the right information and a little bit of planning you can avoid congested areas and cut down significantly on your commute time. The Usual Suspects: Most of the traffic in Austin is concentrated Downtown and there are several highway zones that will slow you down during peak traffic times. I-35 can take what feels like days before it starts moving; sometimes it even comes to a standstill because of the weirdly tight merging lanes. Since it's always under construction in about ten different places, you can only get a solid stretch of two miles before you run into closed off lanes or reduced speeds. 183 also has some trouble with start-and-stop traffic, though it tends to be significantly less than I-35. However, 183 has toll road section that can be undesirable, especially if you don't have an EZ Pass. Mopac (Loop 1) and Lamar Boulevard have many of the same problems, being slow, main roads. North Lamar is tricky, because it serves University of Texas students along with regular traffic, but South Lamar can often provide quicker access for those that can use it as a substitute. Mopac has a lot going on, and there’s usually a solid block of four miles of cars during rush hour. Expect bumper to bumper lines and much jostling for position, especially when it's under construction. So how do you avoid all this traffic? Timing is key: According to the Austin Texas Insider, “An Austin commuter with a 30-minute trip to work will endure 83 hours of traffic delays each year.” This means that it is in your best interest, as a commuter, to find the time at which traffic is the most manageable. Keep in mind, above all else, that taking local roads is proven to be ineffective—it doesn’t actually cut down on your commute time for most people. In fact, there tends to be a 7% increase in time spent commuting for those who take local roads instead of highways. Take the highway, but plan effectively. Rush hours all throughout Austin are 7-9 A.M. and 5-7 P.M., as everyone is trying to get out of downtown at the same time. Many people drive for more than 45 minutes to work every morning, because they have the average hours of 9-5. If you can, go earlier or later than rush hour (earlier is usually better), but overall just make sure to plan for a 45 minute commute. Unfortunately, the only surefire thing you can do to reduce your commute is live closer to your work or school. Austin is a highly developed and populated city with only one interstate highway (I-35) running through it. According to TxDOT, I-35 is the most congested highway in all of Texas, and often doubles the necessary commute because of traffic (for instance, a 30 minute drive turns into a 75 minute drive when there are thousands of other cars on the road). How to Plan Ahead: There are a few resources that can be very helpful in planning your drive. Some apps, like Waze and INRIX, allow people to contribute road data in ways that mapping apps do not—for instance, the inclusion of dead end roads, accident and police reports, as well as other road hazards. Using Google Maps or another mapping app is very helpful, as they tend to give helpful directions. However, these apps do not tend to know the strict reality of Austin congestion. Google Maps, for instance, estimates a 15-minute drive through Austin, though that drive should generally take closer to 25. You’re better served looking at user-based apps until you really get a feel for the area. Other databases, like Total Traffic Austin and the KXAN or APD traffic maps, can show you recent traffic events, stops, and accidents. These apps are usually updated by the minute, and tend to be very accurate. They are reliable and generally use actual police data for their information. However, they are not as in-depth as apps like Waze, which rely on user-gathered data to form their maps. Looking for a home or condo closer to your school or work? Give one of our agents a call at 512-360-9061.
share Share
arrow_backTips For First Time Buyers of Rental Properties
Return to Blog Index
Tips to Sell Your Home During Winter Monthsarrow_forward